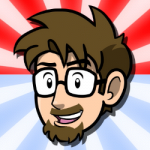 I recently unlocked Halloween Town and found that Roxas and the Organization members do not change outfits when they go (I have not unlocked the other characters so I do not know about the others). I added this to the Halloween Town page and it got moved from "Outfit" to "Trivia", whoever did that, thank you very much. Anyways, I understand that the reason that they don't change outfits is because of new models and more data usage that Square-Enix did not have. However, I personally believe that since they are Nobodies and lack hearts, they do not go through an outfit change.

However, a friend of mine believes in one of two theories...

2. The black cloak prevented a change. This is more believable considering that the cloaks protect from heat, cold, the corridors or darkness, and never rip. If my theory about hearts is wrong then this is my second guess because perhaps the cloak also protects against form changes.

Anyways, that's both my theory and my friend's theories. What do you guys think?

I would think it would be the Black Cloak thing. Form Changes are said to specifically be due to heart links, and the world changes are due to Donald's magic.Glorious CHAOS! 03:11, October 3, 2009 (UTC)

Retrieved from "https://kingdomhearts.fandom.com/wiki/User_talk:TrailerDrake?oldid=693230"
Community content is available under CC-BY-SA unless otherwise noted.