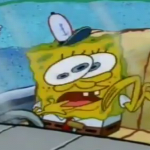 Why haven't I been on lately? (Rhetorical Question)

re: bond of flame

Indeed. However, considering, that the addition of Units can allow the Dream Sword, as well as the regular Bond of Flame, to overtake the Strength of Bond of Flame+, and the unfortunate vagueness and tenuousness of calling any weapon "the strongest" requires that we use that phrase as carefully as possible. --Neumannz, The Dark Falcon 22:32, May 11, 2010 (UTC)

Interesting thing I stumbled upon

Hey envyofdeath plz stop deleting my post when u do that I cant comment u cant delete a comment cause u dont like it thats called ABUSING YOUR POWER I used no profanity nothing bad but everywhere I turn my stuff is gone now plz stop!If u dont like it then dont reply now whereever u moved my stuff to put it back caused Im realy ticked of!Im REALLY ANNOYED stop deleting my stuff I tried to come on and have fun but your stoping that!NOW PUT THEM BACK SO I CAN COMMENT NORMALLY!

Also u dont like me to make fake theories when u have a FAN FICTION of your own if I bother u then dont talk to me anymore after u put my comments back!

Why did you revert that? You're right in saying that FM didn't come out in the US or UK, the point is that NONE OF THE OTHER ENGLISH CHARACTERS HAVE THEIR ACTORS LISTED TWICE. Haley Joel Osment is ONLY in English actors (and NOT in Japanese) because he's ONLY an English voice actor. Just because he's in a Japanese game does not make him a "Japanese Voice Actor" for the Final Mix version. If we're changing Sephiroth in this manner, we have to change... let's see... Sora, Kairi, Riku, Mickey, Xemnas, Ansem the Wise, Cloud, Tifa, Yuffie, Tidus, Wakka, Selphie, Leon... and the list goes on. The only reason I haven't already undone your revert is to prevent edit warring. [[ Soxra ]] 06:18, October 19, 2010 (UTC)

...how does that justify the revert? This is about consistency. What makes Sephiroth different from Cloud? Why isn't Steve Burton listed under Japanese actors for him? He's in the Final Mix. [[ Soxra ]] 06:21, October 19, 2010 (UTC)

There's three outcomes to this: A) put him under English only, B) leave him under both, C) change all other articles to have them under both. C is a ridiculous notion, B is inconsistent (and incorrect), and you're saying A is a bad idea. So what's your solution? [[ Soxra ]] 06:25, October 19, 2010 (UTC)

Why are you being so harsh? The way I interperate "English Voice Actor" and "Japanese Voice Actor" is who voiced the character in the respective version. --Evnyofdeath 06:27, October 19, 2010 (UTC)

I'm being "harsh" because you're resisting a change that enforces consistency, all so that the page is shown in your "interpretation". The point of this is that none of the other character articles are written in this fashion, so this one shouldn't be either. [[ Soxra ]] 06:30, October 19, 2010 (UTC)

Obviously my interpretation is the one taken by most of the users of the wiki, otherwise this would have been brought up before. And I'm not resisting, I'm simply taking a similar stance to you, but in a different direction. --Evnyofdeath 06:31, October 19, 2010 (UTC)

Probably the reason it's never been brought up is a lack of attention to detail between differing pages. I don't see how our stances are similar at all; you want to leave one page different from all the other ones... while it should fit the same pattern. [[ Soxra ]] 06:34, October 19, 2010 (UTC)
God, I assumed you'd be able to read between the lines, as 90% of the wiki does. Either way, it ridiculously late so I'm going to sleep. --Evnyofdeath 06:36, October 19, 2010 (UTC)

Maybe I shouldn't butt in, but I think the VA section was better before. It's like, Sora's English VA is Haley Joel Osment and his Japanese VA is Takuto Yoshinaga, not in the NA/E version of the game he is voiced by Haley and since FM is Japanese game Haley is to be put under the "Japanese VA" category. Besides, it's kind of confusing to see the English VA's name put under the Japanese category, even though with the KHFM tag.
This user is inactive
This user's page has been blanked due to inactivity for one year or longer. Upon the user's return to normal activity, they may restore their original page.
This action was performed automatically (check activity·undo)

Well, that's not right. We're supposed to be a community, we can't let a single member do anything he/she wants. Besides, s/he's not even an admin (or does s/he?) I think we should make a poll or discussion or something.
This user is inactive
This user's page has been blanked due to inactivity for one year or longer. Upon the user's return to normal activity, they may restore their original page.
This action was performed automatically (check activity·undo)

You should've just ignored him you know, it's not like he'll appear beside your bed or anything. I think we should make a discussion about this on the forum.
This user is inactive
This user's page has been blanked due to inactivity for one year or longer. Upon the user's return to normal activity, they may restore their original page.
This action was performed automatically (check activity·undo)

ah, I see. Then I'll make the discussion, you go and have a good rest, 'kay?. Template:17master/Sign

Envyofdeath: it was 9 hours ago? wow I didn't notice that :/ Maggosh: Soxra has a suggestion on VA sorting, and, well... let's just say he's not giving the suggestion the right way. So I'll make a new thread to discuss wether we keep our current sorting or do we take note of Soxra's suggestion
This user is inactive
This user's page has been blanked due to inactivity for one year or longer. Upon the user's return to normal activity, they may restore their original page.
This action was performed automatically (check activity·undo)

I hate when this happens. A point that is, frankly, nearly inconsequential is "debated"--I say "debated", but what it really is is the same people saying the same things over and over again, except increasingly louder and with more hostility. (This is exactly why NeutraVega is a pain in the ass. Otherwise I'd be a fairly big fan of the guy.) Not one of you is adding anything new to your arguments, and I don't mind saying, you're all starting to piss me off.

Now then. I want you to tell me exactly what it says on the Soul Eater page that you don't like, what you think it should be, and why. Don't bother talking about Kryten's sources, I already know why they're good and why they're bad. Tell me your argument. Let me see if I can understand your reasoning. We'll discuss it on this page. --Neumannz, The Dark Falcon 22:49, October 21, 2010 (UTC)

I honestly don't think Soul Eater is a Keyblade in and of itself, so I think its article should say that Soul Eater is a sword. --Evnyofdeath 22:55, October 21, 2010 (UTC)

Currently the article says that it both "is a form of one of Riku's Keyblades" and "is a sword that grows more powerful when used with darkness". Both are correct, so I'm assuming your main problem is with the "Riku's swords" template and the categories. Am I right? --Neumannz, The Dark Falcon 23:00, October 21, 2010 (UTC)

Retrieved from "https://kingdomhearts.fandom.com/wiki/User_talk:Evnyofdeath?oldid=413379"
Community content is available under CC-BY-SA unless otherwise noted.