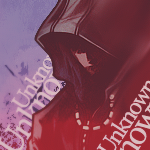 aka Superior of the In-Between

"Yeah, you really should ask before changing us all of your own whim, DTN. Some of us were quite upset"

That's great, the least you could do now as a respectable moderator is to not continue using the edit summaries as places for you to complain. If have something to say to me, you know how to contact me by hitting keys on your keyboard to form a message, or at the very least to read my user page so that you may contact me by IRC. I'm certainly not happy about you adding not only another insult to an edit summary, but also that you directed at a specific user and that you did in the Kingdom Hearts Wikispace. Please do not repeat these actions, direct communication yields far better results than your little ventings around the articles' histories. I apologize if I sound rude or angry, when in reality I'm not exactly "pleased" or "content" with this, but this has got to stop if you are going to be representing the Kingdom Hearts Wiki as a staff member. Childish behavior stops now; thank you. --User:DoorToNothing/Sig 02:54, August 25, 2010 (UTC)

Now, this is coming from an engineering background, but I was taught that for captions you always end with a period, even if it's a sentence fragment. I don't have any sources on hand, though.Glorious CHAOS! 15:19, August 25, 2010 (UTC)

means something entirely different than what you are going for. Try this.Glorious CHAOS! 03:57, August 26, 2010 (UTC)

Hello. I created the etymology heading on the Ars Arcanum page, and I also contributed a bit of trivia on how the phrase is actually grammatically incorrect. The second part has been deleted twice now, and I would like to hear a viable reason as to why this is so. Thanks.

I am not the best person to ask that. I believe it was explained to another user as not accurate in itself. - EternalNothingnessXIII 01:18, August 27, 2010 (UTC)

I can offer you grammatical sources which offer insight to the trivia I offered. Firstly, here is a glossary (from the Latin version of Harry Potter [thank you, Google] =p): http://homepage.usask.ca/~jrp638/latin/harriuspotter/HPglossary.pdf. Towards the end of page 2 of the glossary, it offers the adjective "arcanus, -a, -um — secret, private, hidden;...". This format (with the us-a-um endings) is to represent the masculine, feminine and neuter form of the adjective respectively. Secondly, at http://www.archives.nd.edu/cgi-bin/lookup.pl?stem=ars&ending=, there is the entry "ars -tis f. (1) [skill , method, technique]...". The 'f' straight after the word here is to denote that ars is a feminine noun. Finally, here on Wikipedia, http://en.wikipedia.org/wiki/Latin_declension#Second_declension_.28o.29, we have a table of inflections for adjectives such as arcanus. The feminine nominative is the case that is relevant to correspond to ars, and the relevant ending for this case is -a. So Ars Arcanum, with respect to Latin grammar, should be Ars Arcana. I hope these references make that clear. However, on reflection, perhaps it would be better to translate ars as technique or skill for the purposes of the article. I will amend this now.

I would be elaborating on those rights in the Staff page. But basically, it's like this for normal users: they can move articles, but they have a duration limit ie. they cant move pages immediately after moving another, and they need to wait for some time after moving a number of pages. Mods don't have this limit. Also, a regular user cannot move files/images. Mods can. Did any of ours mods say s/he could block an IP? BLUER一番 08:47, August 28, 2010 (UTC)

I know what you are referring to in terms of the block, but it's not possible and the software will check if you have the appropriate rights before doing so. I've tried it before as a regular user in other wikis and it redirects me to a page that basically says "You failed." Why don't you give it a try and see from there, it might be fun ^_^ ! BLUER一番 08:57, August 28, 2010 (UTC)

Describing the way the Mirage Arena works leaves the sphere of the article, so that should have been removed. In fact, the general format of a boss article is to have only a short sentence or two in the lead. Second, we have no confirmation that this is the last time we will see the Cursed Carriage. Canonically, Unversed have disappeared, but who is to say that they will not spawn again from another extract of a heart's darkness into a being, or in some other manner conceived by Nomura? There is none, and so it cannot be said that this is its only appearance. If the phrase "to date" or "currently" was added, that would have been accpetable. For these reasons, I am reverting your reversion of my edit. Thank you for the patrolling, though. --User:DoorToNothing/Sig 21:12, August 28, 2010 (UTC)

Alright, since you seem to not be listening to what I just told you, I'll be contacting you by IRC. In the future, ENX, be sure to actually raise your concerns in debate, not just not acknowledge a complaint and pass your judgment off as absolute. --User:DoorToNothing/Sig 21:16, August 28, 2010 (UTC)

There's this great new thing. It's called not being a complete ass in your edit summaries. If you have nothing nice to say, than don't say anything at all. Thanks. Template:AurorSig

I saw no such image. Just a different Terra Enraged image with the arm in the background that was incredibly small, which I asked you to remove/fix. Terranort, unless you get him as an HQ screenshot from YouTube, is fine as-is. Could I see the rough drafts of all 11/12/13 talk bubbles in your PB before you go through the trouble of uploading them? I'll be away from home until Tuesday, when time will be limited because of BBS, so the sooner, the better. - EternalNothingnessXIII 00:45, September 5, 2010 (UTC)

Alright. ^_^ I'll work on the rest. Also, I scoured DaFont, couldn't find the Tarzan title font (oh no, don't tell me ERB got their hands on that too !). I have something else which looks like it could be etched into a rock, but I'll have to try everything and show what I've got.
This user is inactive
This user's page has been blanked due to inactivity for one year or longer. Upon the user's return to normal activity, they may restore their original page.
This action was performed automatically (check activity·undo)
02:49, September 5, 2010 (UTC)

All right! Good luck, and I look forward to seeing everything! There's a chance I'll be able to add the theme change on Tuesday before I get the game, so if possible, please have everything 100% done by then. - EternalNothingnessXIII 12:21, September 5, 2010 (UTC)

Template:EnternalXIII If you still need that help, sure. - EternalNothingnessXIII 15:40, September 19, 2010 (UTC)

Template:Xelias Sorry it's been so late, Xelias. I've been quite busy. But yes, I'm still on the Dissidia KH team! - EternalNothingnessXIII 15:42, September 19, 2010 (UTC)

We can, but not on this Wiki. Go to my user page on the Kingdom Hearts Fanon Wiki to read the projects I'm working on. - EternalNothingnessXIII 20:37, September 20, 2010 (UTC)

The fresh smell of the wiki...

i have noticed that some of the images from birth by sleep and 358/2 days have character reders that may be HQ but arent large like alot of the rest of the character renders from previous KH games and i was wanting to know whether or not you would help me in cutting out LARGE HQ images of a few bbs characters and 358/2 days characters? links are here:

Retrieved from "https://kingdomhearts.fandom.com/wiki/User_talk:EternalNothingnessXIII?oldid=398934"
Community content is available under CC-BY-SA unless otherwise noted.