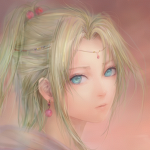 Welcome to the Kingdom Hearts Wiki, and thank you for your contributions! There's a lot to do around here, so we hope you'll stay with us and make many more improvements.

We're really happy to have you here, and look forward to contributing with you!
—Signed Kingdom Hearts Wiki administrators.

You know what, Good Drake? Let's just leave this one be. Neither you or me will bother with this annoying fellow, unless he Vandalizes. Then he'll get bored and finally go away. Then we can finally have peace. --BlueHighwind 19:21, 13 January 2008 (UTC)

...but can I put in a couple of cents in Limit? ^_^ That's quite an excellent rewrite there! My only suggestion would be in the formatting...not real fond of so much bulleting, but I can also understand not wanting to have a huge list in the index for the world-specific characters. It is easy to read, though, so unless someone has a better suggestion, it's still a great article. BebopKate 21:17, 27 August 2008 (UTC)

I was thinking about returning to the KHWiki when I get alittle further in CoM. So sometime this weekend or next weekend. School starts soon! -Azul81677 23:51, 27 August 2008 (UTC)

Searching for belivers in paralel universes and the Keyblade

The part where I have to work all day and am too tired to really think about it much when I get home. If you could get me past that part, that would be great. ^_^ Seriously, I'm like the world's worst deck builder at this point. Maybe this weekend I'll get some more time on it...BebopKate 03:13, 27 January 2009 (UTC)

Drake, my man, you are awesome. I came here ready to help and you already had it all done. Thank you so much for getting the forums straightened out. BebopKate 03:25, 3 February 2009 (UTC)

No problem. I admit at a point I was kinda just looking at the coding trying to figure it out, but I did, and it worked. Glad to be of help! Drake Clawfang 03:52, 3 February 2009 (UTC)

Look. What's used in the Japanese game is "Bureivu Foomu." How about you do some actual research instead of assuming I'm wrong? Let's go to the Japanese Wikipedia page, shall we? Here we are. I see "ブレイヴフォーム" (Bureivu Foomu/Brave Form), not "勇敢なフォーム" (which has its own problems. The guy claims it says "Isamashii Youshiki" when it actually says "Yuukan na Foomu").--173.55.159.73 23:07, 9 February 2009 (UTC)

Don't patronize me. I'm correct. Obviously Bureivu doesn't mean anything in Japanese, it's an English word, which is what I've been saying all along. I never said "Isamashii Youshiki" doesn't mean Brave Form; what I said was Kingdom Hearts doesn't use "Isamashii Youshiki", it uses "Bureivu Foomu". The development team decided to go with English instead of Japanese. This is done all the time in games and anime.
For example, the Pokemon move is called "Leaf Blade" (Riifu Bureedo) in Japanese, not "Happa no Katana" or any combination of actual Japanese words. The designers just decided to go with English.--173.55.159.73 23:31, 9 February 2009 (UTC)

All of them. Completed the Journal on Proud Mode in KH1 and 2, and for fun I battle Sephy at level 50 in KH2. I've not played Chain of Memories, only because I can't find it for sale. I've played the remake, though, and finished it. Also, I can help you with that talk template, you don't have to type in all that coding. Drake Clawfang 23:30, 9 February 2009 (UTC)

There you go, much simpler to type, hm? Template:R~Rtalk.

yeah but how do i use it?

You are defending me.You are cool with me ^_^.

Hey Drake, just something I feel needs to be said. While agree sometimes Eliskuya has a little trouble communicating, he asked you to leave him alone, repeatedly. I know you were trying to help him, but if someone doesn't want that help, there's not a lot you can do about it; you know, lead a horse to water and so on. He may have his own reasons for wanting to do it his way. Unless he is bothering you, leave him in peace, okay? BebopKate 06:00, 10 February 2009 (UTC)

I know, I admit I pushed too much last night. I was frustrated and angry with him, and wasn't in the mood to back off. I apologize, to you and to him if he reads this. Hopefully your message to him will help absolve the situation. Drake Clawfang 06:03, 10 February 2009 (UTC)

There was something earlier today that happened. I noticed when he copied all his userbox coding, he was including the category, so any message he left with the userbox made that page go into the talk template category. While I left him a message asking him to fix that on his own userpage, not wanting to offend him by editing his page myself. He didn't, so I eventually did it myself, and he let me. I think he just couldn't be bothered. Also, a week-ban? Okay, more than I expected. I do hope that helps though, he is a good editor, just needs to be nicer to people. Drake Clawfang 01:28, 11 February 2009 (UTC)

Who do you do that talk bubble thing?

Media:Example.ogg Hero of the Light 13:15, 10 February 2009 (UTC)Hero of the Light Hello i like your favs section and i thought i'd say hi because we have a lot of them in common. I think Riku is amazing and that Ursula sucks. so maybe we could start chatting a bit....

Media:Example.ogg Hero of the Light 13:15, 10 February 2009 (UTC)Hero of the Light Hello i like your favs section and i thought i'd say hi because we have a lot of them in common. I think Riku is amazing and that Ursula sucks. so maybe we could start chatting a bit....

Yea.
This user is inactive
This user's page has been blanked due to inactivity for one year or longer. Upon the user's return to normal activity, they may restore their original page.
This action was performed automatically (check activity·undo)

EDIT CONFLICT: Ignorance is no excuse. Users who are not properly informed about their wiki should not be making precise and unambiguous statements about that wiki unless they have taken the time to ensure that their statements are actually true. Quite frankly, this is more likely to hurt KHWiki than help it, as it gives a less than ideal impression of its userbase User:Sorceror Nobody/Sig

Being unfriendly to new users would also classify as "hurting KHWiki more than helping it." The new members are pretty much our future, so why would we want to scare them away by telling them to ram their head into a wall? I know ignorance is no excuse, but no one knows everything right off the bat, right? User:Chitalian8/Sig 22:38, December 7, 2010 (UTC)

"Being unfriendly to new users would also classify as "hurting KHWiki more than helping it." " - you say this like myself or SN care. I tell it as it is. When someone acts like an idiot, I call them out on it. Harsh truths may be harsh, but they are also truths. DoreikuKuroofangu 22:39, December 7, 2010 (UTC)

Furthermore, you can't just throw the "future" argument out when the present doesn't always look especially rosy. I wouldn't go so far as to call KHWiki "broken", because it isn't. But it does have some issues, most of which seem to revolve around its community. On FFWiki, there are periodic complaints that we are too much community, not enough wiki. However, I sometimes look at the talk pages and fora of KHWiki, and often can't help but think that FFWiki gets off lightly. Still, as Drake says, we don't really care, so don't anticipate any further argument from me on this, ne? User:Sorceror Nobody/Sig

In the respect that we are too much community, I have to agree with you. To be honest, we have recently been hit with an abnormally large wave of WikiPrinces/Princesses. Although you may not see my point about the "future" (it is a little corny, I admit), I am not one to scare users away. User:Chitalian8/Sig 22:58, December 7, 2010 (UTC)

Well on FFWiki, dealing with me is our initiation. If you can handle my deadpan insults and snide snark, you're in. :) DoreikuKuroofangu - Visit the Soul Shrine! 23:06, December 7, 2010 (UTC)

Thank you, Chitalian. I appreciate it.
This user is inactive
This user's page has been blanked due to inactivity for one year or longer. Upon the user's return to normal activity, they may restore their original page.
This action was performed automatically (check activity·undo)

hey Drake we are trying to make a new walkthrough namespace here but we need to know how to complete it (eg instead of the walkthrough index being a article it should say walkthrough...) do you think you could help thanks User:DarkestShadow/Sig 05:22, May 12, 2011 (UTC)

Retrieved from "https://kingdomhearts.fandom.com/wiki/User_talk:DrakeyC?oldid=678424"
Community content is available under CC-BY-SA unless otherwise noted.