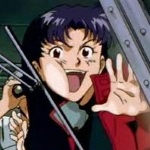 "Sometimes, the greatest quote is silence."

"Hey, Kairi haters, ever heard of shutting the hell up? You should try it sometime!"

My RP character for KH is Elroy Nero McAllister, usually called Roy or in very rare cases Nero. He is a necromancer, and one of his main ways of attacking enemies is summoning zombies. He is also a Keyblade wielder, using his signature Keyblade, Dragon's Force, a keyblade built out of dragon bones. He is 6 feet 2 inches tall and has grey eyes. He has shoulder-length, jet-black hair and wears a 90's Phoenix Suns jersey, Altamont jeans, and purple and orange New Balance sneakers.

"You think riding a dirt bike through an abandoned amusement park is dangerous? Wow, you're a real coward."

Roy is a fearless person who is ready for anything. He is cool, but sometimes cocky. Also, he will, on rare occasions get very angry and snap at whoever ticks him off, sometimes ever resorting to hitting that person with an object near him. He also has a minor drinking problem.

"Could somebody explain to me how I got caught up in all... this?"

Roy was born in Edmonton, Alberta, Canada to a middle-class family. He rode dirt bikes and his father often entered him in races, but it turned out he was also good at the new "freestyle motocross" movement. In 2003, when he was thirteen, him and his father went to Destiny Islands in the Pacific Ocean to enter him in a freestyle competition. He ended up becoming involved in a mess of a dimensional war between light and darkness. He was on-and-off in motocross during this time, but eventually helped defeat the darkness and returned to his motocross career full-time in 2006. A year later, he moved to Phoenix, Arizona, and started riding with Nate Adams a lot.

"Hey, can I have my helmet back now, is that cool?"

Roy is most well-known as a professional motocross rider. He has achieved success in both racing and freestyle, holding eight X Games medals (not including two Winter X Games medals) and a single Gravity Games medal. He's been on the cover of Transworld Motocross, and currently rides for Suzuki, Shift Racing, M2R Helmets, Spy Goggles, Sidi Boots, and Rockstar Energy, as well as being a member of the Metal Mulisha.

Roy's best friend is usually evidenced as being Roxas or Demyx, but sometimes it's Axel or Ventus. He is also on very good terms with Sora, Kairi and Riku. Namine, Aqua, Xaros and Terra are also good friends of his. Among other friends are Kyo, Xion and Selphie. He has also been shown to get along with Luxord, Vexen and Xigbar, sometimes seen playing poker with them (of which Luxord is the most common winner). He commonly rides with Terra and sometimes Aqua.

Retrieved from "https://kingdomhearts.fandom.com/wiki/User:JerseyJimmy?oldid=693119"
Community content is available under CC-BY-SA unless otherwise noted.