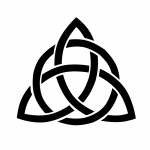 My most favorite parts to manipulate are pretty much the characters, their weapons and powers, and the storylines as long as I can get information about them.

I have myself written Kingdom Hearts stories of my own and released them on FanFiction.Net.

In my version, it tells the story of Sarox, Sora and Kairi's son, who goes on a journey of his own requested by King Mickey to find all the unawakened Keyblade Masters to open their hearts while looking for the new generation of Princesses of Heart. Though he lacks the courage his father had, with the company of Max - Goofy's son, PJ - Pete's son, and Marlene (Final Fantasy VII) - a new Princess of Heart, Sarox slowly becomes more confident and increases the strength of his own heart.

So far, I've written a total of 4 stories containing the connections between High School Musical 2, Sky High, Return to Halloweentown, and Pride Lands. Currently I'm working on the beginning of the story where Sarox discovers his powers.

Keyblade Master(s): Simba (Circle of Life), Kiara (Unit Pride) and Kovu (Outland Ground)
Princess of Heart: N/A
Boss villain: Zira
Synopsis:
Zira, Scar's wife, sends her adopted son, Kovu, to the Pride Lands where he could acclaim revenge on Simba for her dead husband. But things become messy when Kovu falls in love with Simba's daughter, Kiara, and becomes insecure of his place in the Outland. Meanwhile, Sarox, Marlene, Max and PJ find the chance to walk on four paws as they become animals.

The Adventures of Sharkboy and Lavagirl

Keyblade Master: Max
Princess of Heart: N/A
Boss villain: Mr. Electric & Linus
Synopsis: Prepare for a drooling trip to "Planet Drool". This is where local kid Max is heading, along with Sarox and his friends. How will they work with Sharkboy and Lavagirl to save the planet and Max's dream from going under? Stay tune.

Keyblade Master(s): Bella and Edward Cullen
Princess of Heart: N/A
Boss villain: The Volturi
Synopsis: Meet Bella, Edward and their troubled family right when a vampire decides to turn them in for making an immortal child, which was a misunderstanding. How will Sarox and his friends help out the vampires? And how will they avoid becoming the next meal?

Keyblade Master: Sarox & Marlene Wallace
Princess of Heart: Marlene Wallace
Boss villain: N/A
Synopsis: Sarox, Sora and Kairi's son, goes on a journey of his own as he becomes the next wielder of the Keyblade.

Other than Kingdom Hearts, I am also a writer/member in the website The Charmed Sons Proboards. My account name is tommy1987.

My version includes these main characters:

Other than story writing, I am also the administrator of the Zhongji Wikia - A wiki that contains information about a chain of Taiwanese series called KO One, The X-Family and K.O.3an Guo.

I need lots of help with editing the pages, mostly the episode pages because, well, I haven't added any information on them at all. If anyone knows how the stories go and is willing to help, please do.

I am also willing to hear ideas about the outlook.

Retrieved from "https://kingdomhearts.fandom.com/wiki/User:Charmed-Jay?oldid=769953"
Community content is available under CC-BY-SA unless otherwise noted.