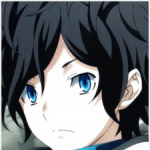 Hiya! Chong here, I'm a 15-year old boy who has joined the Wiki due to this Kingdom Hearts that has a great memory that has taken part most of my life, feel free to talk to me in chat or leave a message on the Message Wall!

My living place is at Malaysia and I'm a Asian (That's obvious). Well that's all for the Introduction, see you guys in IRC and hopefully we'll have a playful and good chat there! That's all I have to say, whoever's seeing this, I hope you'll meet me in the chat and become friends! See ya there!

I'm usually friendly and being nice around the chat, and sometimes I could be shy when talking to girls which can make me annoying, seriously I haven't been talking to girls for a long time now. I'll help out whenever a dear friend is feeling left out or sad, even telling them to explode their anger at me even if it's possible because I know the feeling of getting left out and sad.

I'll never abandon a friend in need. I always go by the quote: "Sure, people who breaks rule are trash. But people who abandons friends are worse than trash! And people who abandon their feelings...are even worse than that!" I accept people as my friends in any ways. You can think of me as Shido Itsuka without the blue hair and Spirit powers which saved him many times during in his dates with the all-powerful Spirits. I'll always be there for people in need of me, execpt when I'm sleeping, hehe.

I like Role-Playing as well, and I can't seem to have enough of it. In Role-Playing, I'm a wanderer which has a blade called Hope or when I'm depressed but I'm feeling to do RPing, I'll be the Lingering Will, which is a armor that kneels and never talks but often rises up to fight or protect something the Will feels like it. Judging by that, you can tell that I'm a fan of Kingdom Hearts as well.

I'm highly dramatical, in the live chat or in the private chat, that includes saying weird thingies when you chat with me. Guess I'm a weirdo there, haha.

I also like to talk to people whenever the person or me feels like it, so feel free to message me whenever you want to!

Well, I'm intrested in Brave Frontier, which is a good game even for free players to enjoy at. I like this game and played it almost everyday while I'm free of homeworks and such. The first time I interacted with this game was a few months ago, when I saw Bryan, my brother playing it, I was like: "Bah, screw this. This is such a lame game and unworthy of my attention." After some persuading, I started playing this game out of curiosity and lots of persuadings, and I almost given up on the game because I got the worst Summon in the Rare Summon gate period, named Thunderbird. I poured a lot of soul and time on the game afterwise, and I could say I had made a success out of my game by getting one of the BEST dark element unit ever, named Kikuri.

And also, I love Naruto. I watched when I was 10 or so, and I was like the "Puking Rainbow" meme when I first saw it. I gave it my support but I didn't join the Wikia due to the freaking cold chat which every normal Wiki has, so you won't actually be seeing me contributing there, or even list it as my Favourite Wikias. I admire Naruto, the main protagonist of the whole story. When he was first born, his parents sacrificed himself to save and seal the Kyuubi (九尾狐/ Ninetails) into Naruto's body, leaving his childhood fractured due to the monster residing within his body, creating distrust and fear to people around him. I'm kinda glad for him that Iruka made friends with him and recognizing him as a Konoha ninja and eventually Naruto made friends which is his strength now. Quotes I like are mostly from him, as his quotes are filled with the never give up Nindo (忍道/ Ninja way) thing that I admire and yearns to learn. I and him literally has the same past of getting boycotted...so that why I want to follow his path.

I'm also intrested in Date A Live, the anime series which I started watching a week ago as well. Shido Itsuka is my most favourited male character (Who else? LOL) in the whole series, and my most favourited female character is Tohka Yatogami, a Spirit which has her powers to manifest a monument and can picks up her blade, Sandalphon from the monument and can slash it to further empower her sword to her final sword, Halvanhelev. I like seeing two of them being together, and my most favourite moment is when Shido pets Tohka, that makes me fangirl soooo much, heheh! By seeing Shido's attitude of never giving up, he also become a role model to me. Well, the only bad thing about this anime series is that, it's too short! Seriously, 10 Chapters counted as a part?! -deskflips- I sure hope Natsumi will make her debut, since she's a cute loli that has been awaited by DAL fans for a long time.

Kingdom Hearts is also my favorite, been a fan of it since I'm a kid.