Template:Game In the process of developing a video game, many ideas are discarded as unworkable for one reason or another. However, if the idea makes it far enough into the development process, aspects of it can still be found within the code of the released games, or it may show up in trailers or interviews with the developers.

The following list covers much of this removed content. It is not comprehensive, and focuses on the more interesting elements.

Bahamut was originally planned to appear as a summon in Kingdom Hearts, but was removed before the game was released. Through cheat codes, a "Bahamut" option can appear in the Summons menu and can be selected. However, since there is nothing on the game disc to execute, the game will crash when chosen.

As seen in the game's beta trailer, Disney Castle was originally set to appear as a playable World in Kingdom Hearts. Removed for currently unknown reasons, the world can still be accessed via cheat codes, as areas of the world exist from the game's opening cutscenes. It can still be seen in world map.

An area known as the Crumbling Island was meant to appear in the End of the World as the setting for the final battle between Sora and Riku before the climactic battle with Ansem. It appears as a remnant of Destiny Islands, consumed by the darkness.

Pride Lands was originally going to be a world used in Kingdom Hearts, but was removed due to the software not having enough space for Sora and Goofy to walk on four legs.

At the end of the beta trailer, an alternate Kingdom Hearts logo is shown, the word "Kingdom" in standard golden text on top, the crown just above it, while "Hearts" is displayed in a toned down version of the standard logo's spiked font below. The trademark heart is absent.

The Assault Rider was going to appear in Kingdom Hearts, but was removed because it "didn't fit" in any of the worlds, possibly due to its style. It later appears in The Land of Dragons in Kingdom Hearts II.

There are also several cutscenes with Riku that do not appear in the final game, one of which being when Riku is atop the Big Ben, seen staring out, in a crouched position. The other being a moment at the destruction of Destiny Islands where Riku is seen standing in an open arm position staring up and saying something to particularly anger Sora enough to attack him.

Donald and Goofy also have different attires throughout the game, and the cutscene after the defeat of the Guard Armor is set closer to the world door of Traverse Town then in the final game.

And there is a scene where Sora is seen running down an alleyway in Traverse Town from something almost falling over before turning around to look behind him.

A screenshot from an early magazine scan shows the Dive to the Heart was set to appear in Kingdom Hearts: Chain of Memories, likely as a memory-fabricated floor in Castle Oblivion, but was discarded.

Deep Jungle was set to appear in the game—as an early screenshot of the game testifies—as was its Keyblade, Jungle King, as a Card, but was removed due to Disney being unable to secure the rights to use Tarzan in future works.

In an early screenshot of the game, Magic cards were substituted by some Card Prototypes, such as Cure and Thunder, that had their picture sightly altered. However, they were put out of the game for Unknown reasons.

Edge of Ultima and Detection Saber

In his final battle, Xemnas was originally intended to use two forms other than the World of Nothingness—King (キング, Kingu?), which is humanoid and fittingly has a crown adorned with Nobody sigils, and Kentauros (ケンタロウス, Kentarousu?), a humanoid upper body fused with a quadrupedal lower body. Both of them appear to be created from the Dark City, similar to the World of Nothingness.

For Kingdom Hearts II, Tetsuya Nomura intended to allow players to fight all of the Organization XIII members again at the Coliseum. This idea, however, was dropped due to time constraints. Instead, the characters were included in Kingdom Hearts II Final Mix, along with the rest of the members as data-based versions in separate optional boss fights and in a new location.Template:Fact

The E3 2005 trailer for Kingdom Hearts II shows scenes that were ultimately removed from the final release of the game:

An alternate version of Twilight Town's theme, Lazy Afternoons, is present in the game data.

A number of unused models exist in the game code, many of them complete, such as Riku in his Kingdom Hearts attire and younger Riku in an Organization XIII cloak, as he appeared in the ending of Kingdom Hearts: Chain of Memories. 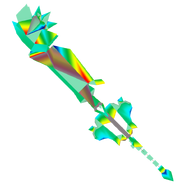 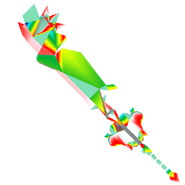 Buzz Lightyear and Woody, characters from Pixar's Toy Story series, were at one point planned to appear as new summons in Kingdom Hearts II Final Mix. Their models appear within the game coding, albeit without textures.

BuzzWoodyModels.jpg
Models for Buzz Lightyear and Woody in Kingdom Hearts II Final Mix.
Add a photo to this gallery

Pinocchio's World was originally set to appear in Kingdom Hearts 358/2 Days, but was eventually removed due to space restrictions. Tetsuya Nomura explained that the planned plot for the world was,

The world would have included Pinocchio (as a human) and Geppetto, as well as the villains, Honest John and Gideon from the original film. The profile sprites for the characters still appear within the final game's code. "Pinocchio's World" would later appear in Kingdom Hearts 3D: Dream Drop Distance as Prankster's Paradise.

Palette swaps of Midnight Roar and Twilight exist in Kingdom Hearts 358/2 Days's game data, but do not appear as formal weapons.

A Darkside was set to appear in Beast's Castle instead of a Dark Follower.

The Wind Maker (ウィンドメイカー, Windo Meikā?) was to be an aerial attack Keyblade when the Wing Gear (ウィングギア, Wingu Gia?) was equipped. However both the Keyblade and Gear were ultimately cut and the Wind Maker's appearance given to Leviathan. 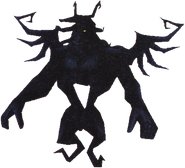 Roxas looking several years older than he has ever appeared.
Add a photo to this gallery

A version of the Kingdom Key D, the Light Seeker (ライトシーカー, Raito Shīkā?), was set to be an equippable Keyblade for Ventus. It can still be equipped through the use of a cheat device on the Japanese version.

The Jungle Book was originally set to appear as a playable world in the game, but was removed. The world can still be accessed by the use of cheat codes. A number of areas are accessible, including Louie's Throne Room.

Pleakley from the original Lilo & Stitch movie was set to make an appearance in Deep Space, but removed for unknown reasons. His model is still in the game's coding, albeit without textures.

Certain cutscenes which appeared in early trailers—shown at events such as the Tokyo Game Show and Jump Festa—were later altered for the game's final release. For example, the scene in which Master Xehanort reveals his plan to forge the χ-blade to Ventus was originally shown to be in Olympus Coliseum, rather than the Keyblade Graveyard. A scant few scenes were also omitted, including one where Terra watches a young Sora and Riku partake in a swordfight, as well as individual lines, such as Terra telling Aqua that searching for the light Master Xehanort is after will lead them to him and Ventus at Destiny Island asking Aqua to erase him.

Early gameplay demos and trailers show Terra on the bridge to the castle while it is covered in thorns, yet Terra can only access the bridge while it is daytime in the actual game.

Some worlds had areas that are inaccessible to some of the characters in the game's final version. Examples include Ventus in the Palace Courtyard at Castle of Dreams and Terra at the cottage at Dwarf Woodlands.

The rear of Aqua's outfit was left ambiguous for some time due to series creator Tetsuya Nomura being unsure in its finalization. Until mid-2009, the back was left exposed until the game was officially released, where only the upper-back was exposed due to censorship. Also, Aqua's hair and eyes were a dark shade of blue, and lacked the sheen her final model has.

Originally, the Mirage Arena was meant to have a slight element of story to it, rather than be completely distant from any auxiliary characters. The developers planned for Laguna Loire from Final Fantasy VIII to appear in the Mirage Arena as the head of the arena.

However, the team was also planning Dissidia 012 Final Fantasy at the same time, and decided that if Laguna appeared in Kingdom Hearts Birth by Sleep, he could not appear in Dissidia 012 Final Fantasy. The team eventually decided they would rather have Laguna appear in the latter, and so Laguna was ultimately left out of the final product.[2] As of yet, no data has been found in game of his planned appearance.

Terra in the The Jungle Book world.

Sora and Riku sword-fighting in a removed cutscene.
Ventus at Destiny Island.jpg
Ventus telling Aqua to erase him.
Birth by Sleep group shot.jpg
Aqua, Ven, and Terra in the Land of Departure.
Terra erasing Ven.jpg
Terra defending Ven from Master Eraqus in Hollow Bastion.
BBS-Thunder.jpg
Ventus in the courtyard of Castle of Dreams.
Terra-EnchantedDominion.jpg
Terra in Enchanted Dominion, with thorn-damaged bridge.
AquaPrecensor.png
Aqua's outfit before censorship.
AquaOldAlphaModel.png
Aqua in the pre-2009 trailers. Notice the darker hair and eyes.
Add a photo to this gallery

The renders for the demo version of Kingdom Hearts 3D were left within the game data of Kingdom Hearts Birth by Sleep Final Mix, including Ansem, Seeker of Darkness, Xemnas, Sora, Riku, Kairi along with various elements of the demo's logo. 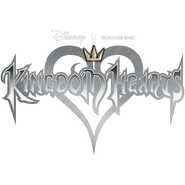 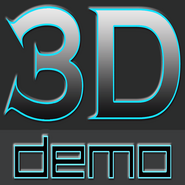 An early screenshot reveals that Shadow Sora was originally set to appear in Traverse Town, but was removed for unknown reasons.

Heartless and Nobodies were originally going to appear as the main game's enemies Nomura even stated this, but he scrapped them and they were replaced by Dream Eaters. In early scans of the game and the Sora is seen fighting Shadow Heartless and even faces a Twilight Thorn in Traverse Town. Shadow Heartless even appear in the game's first trailer.

It should also be noted a Space Paranoids section story was going to be available for Sora in The Grid world and Riku was going to go by The Grid Story instead kind of like how in Prankster's Paradise Sora does the story while Riku goes to Monstro instead, but this was scrapped and now Sora and Riku go both to The Grid now.

Retrieved from "https://kingdomhearts.fandom.com/wiki/Removed_content_in_the_Kingdom_Hearts_series?oldid=605259"
Community content is available under CC-BY-SA unless otherwise noted.