The Seven Princesses of Heart (セブンプリンセス, Sebun Purinsesu?, lit. "Seven Princesses") are maidens with hearts of pure light, devoid of darkness. They are called "Princesses" as whoever can gather them will be able to summon the Final Keyhole, giving the person access to Kingdom Hearts.

The pure lights in the hearts of the Princesses are able to be "reincarnated". After the Final Keyhole was opened, the princesses passed on the lights to hide them again. This new generation is known as the New Seven Hearts.

According to Yen Sid, after the events of Kingdom Hearts, the Pure Light of which the Princesses of Heart were the guardians would have "passed on by itself" to a whole new generation of Princesses; with the exception of Kairi, who did not pass on her power. Until now, only three of these new Princesses of Hearts have been identified by Marluxia and Larxene, then by Sora: Rapunzel, Elsa and Anna.

According to Xemnas, the Real Organization XIII planned to use the Seven New Hearts to piece together the χ-blade, after making sure to eliminate all of the Guardians of the Light after the Second Keyblade War.

Since their hearts are fragments of the χ-blade, once they join with the 13 darknesses, the weapon can be re-forged.

According to the manga, the Princesses of Heart are able to travel through the Corridors of Darkness without any negative effects, as without darkness in their hearts, they cannot be corrupted. Also, in Kingdom Hearts Birth by Sleep, Maleficent explains that she cannot obtain Aurora's heart, because it is of pure light.

Aurora.
Add a photo to this gallery 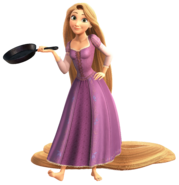 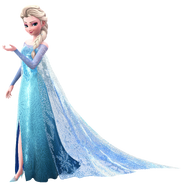 Anna.
Add a photo to this gallery 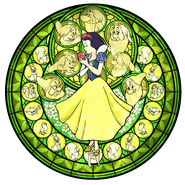 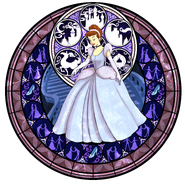 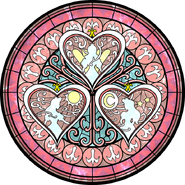 Alice, Jasmine and Kairi in the Dive to the Heart. 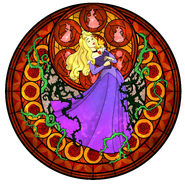 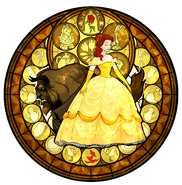 Belle in the Dive to the Heart.
Add a photo to this gallery