The Preliminary Tournament is the entry tournament at Olympus Coliseum in Kingdom Hearts. The tournament is interrupted by an attack from Cerberus. After Sora defeats Cerberus and rescues the Coliseum, Phil gives him a Hero License, allowing him to participate in future games. Template:TOCleft

Initially, Sora is not allowed to enter the tournament when he arrives at the Olympus Coliseum. Sora, Donald and Goofy meet Phil in the Lobby as he is posting the rules for the tournament. Upon request, Sora is unable to assist Phil in moving the large pedestal in preparation for the tournament because it is too heavy. Phil then tells Sora that he does not have the brawn to be a hero, and since the Coliseum tournament is for heroes only, Sora is barred from entering the games. Phil sends Sora away, challenging him to prove that he is a hero by mastering the spell Thunder. Hades meets Sora, Donald and Goofy outside of the Lobby directly following Phil's dismissal. Hades guesses that Sora wants to enter the games, and gives him an Entry Pass into the tournament. Sora then proceeds to gain admission to the games using the pass, and battles his way through six rounds of heartless with Donald and Goofy. Sora must defeat Cloud Strife, who appears as the boss battle of the Preliminaries. Cloud has been told by Hades that he must beat Sora, even though the original contract with Hades stipulates that Cloud need only beat Hercules in the tournament. Regardless of whether Cloud is beaten by Sora, or Sora defeats Cloud in battle, Cerberus bursts into the Coliseum and interrupts. Hercules also enters to prevent Cerberus from attacking Sora, Donald and Goofy. Sora is dropped off in the Lobby with Phil. Sora must re-enter the games and help Hercules fight Cerberus. Hercules leaves the fight, carrying a knocked out Cloud from the battle arena. Sora then engages in battle with the Cerberus. Like in the tournament battle with Cloud, the outcome of the battle has no effect upon the continuation of the storyline. If you defeat Cerberus, Sora obtains an Inferno Band. Upon finishing the battle with Cerberus, Sora is dubbed a junior-hero by Phil for defeating the three-headed dog. Sora also obtains a Hero License, granting him access to participate in the subsequent Tournament Cups. Upon exiting the Lobby, Sora also meets with Cloud. Cloud explains that he had agreed to work for Hades because the he had been promised help in his search for "someone." However, Cloud concedes that in the process, he had fallen into the darkness and was unable to find the light. Cloud tells Sora not to lose sight of his own light, and gives the party the ability Sonic Blade before departing.


Cloud uses Sonic Blade in charge attack. During this attack, Cloud will close the distance between himself and Sora in a short amount of time, shooting forward in a wave of energy. Sora choose to evade this attack by using either Dodge Roll to get out of the way, or Guard to defend against the attack. During Dragon Fang, Cloud will jump into the air and strike at Sora from above. Upon landing, Cloud will also cause a small radius of shockwave, which can cause a considerable amount of damage. When Cloud jumps into the air, Sora should anticipate the Dragon Fang and move out of the way by either jumping out of the way or backing off to avoid being struck with Cloud's Buster Sword or the shockwave. After Dragon Fang is preformed and the shockwave has dissipated, Cloud's Sword will be momentarily stuck in the ground, giving Sora an opportunity to attack. Quickly and repeatedly strike Cloud while his sword is stuck in the ground, and back away before he is able to regain battle position. Cloud will also his own Guard, defending against most of Sora's attempts to inflict damage with his Keyblade when not lodged in the Coliseum floor, and Slash at Sora if he is within range.


Cerberus will begin battle by attacking Sora with Energy Blast, spewing large fireballs that will follow Sora. Sora can either dodge these attacks with Dodge Roll, or choose to deflect them back at one of the three heads. Cerberus uses the attack Earth Shake, getting up on his hind legs and then coming down to cause a destructive shockwave. Sora must anticipate this attack when Cerberus rears back, and then time his jump as to avoid the shockwave. Cerberus uses Dark Breath, which is preceded by Cerberus inhaling a black substance. When Sora see's this occurring, he must anticipate Dark Breath and being running. The safest place is behind Cerberus himself, so that Sora may avoid being struck with dark energy pillars that shoot from the ground where they have been spewed during this attack. Cerberus uses the attack Bite, during which the three-headed dog drops on all fours down to Sora's level and attempts to bite him. Sora should evade this attack by moving out of biting range. Sora may most safety attack Cerberus by locking on to one of the three heads and preforming a combination attack before Cerberus can begin Bite or Dark Breath. 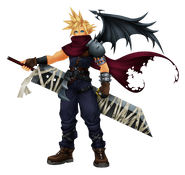 Expansion required
This article is too short to provide more than rudimentary information about the subject. You can help the Kingdom Hearts Wiki by expanding it.
Retrieved from "https://kingdomhearts.fandom.com/wiki/Preliminary_Tournament?oldid=627188"
Community content is available under CC-BY-SA unless otherwise noted.