A Nobody (ノーバディ, Nōbadi?) is what remains of those who have lost their hearts to Darkness. The first generic Nobodies are seen in Kingdom Hearts II; although Xemnas appeared as early as Kingdom Hearts Final Mix, it was unknown that he was a Nobody. They are made of body and soul. The emblem used by a Nobody appears as a splintered upside-down heart, often appearing on the head or chest. The emblem is first seen in Kingdom Hearts: Chain of Memories on the head of the Specter.

Nobodies are born when a Heart is swallowed by darkness and produces a Heartless. They are the remaining parts left behind by the heart: the body, giving a Nobody form, and the soul, giving the Nobody life. However, only those with a strong will such as Sora are actually able to continue on as Nobodies. Those with the strongest wills manage to retain human forms (under special circumstances, sometimes the Nobody is formed with some slight changes to their appearance,) while the rest possess malformed, barely humanoid appearances; such examples as Nobodies like the Creeper and Dusk.

Therefore, the more humanoid the Nobody, the stronger its will. This is opposite the nature of the Heartless, which become more monsterous and more powerful with the increasing darkness in a person's heart (with the exception of Ansem, Seeker of Darkness, who retained human form because he gave into the darkness willingly).

Despite their lack of emotions, Nobodies are able to think for themselves and attack with definite planning (as opposed to the Heartless, which are mindless and function on pure animal instinct). Nobodies also seem to be able to experience physical sensations, such as pain, and negatively react to taking damage. A similar occurance was when Naminé passed out from the pain of being impaled on Marluxia's thorns (this was seen only in the Chain of Memories manga). The Kingdom Hearts: Chain of Memories manga and several other media forms provide an alternative view, saying that they do have emotions, but are plagued by a feeling of uncertainty and emptiness due to not having hearts. The manga further displays this "plagued" feeling by showing the members engaging in tasks like jigsaw puzzles, cooking, and reading to try to fill their emptiness.

When a Nobody is destroyed it fades back into darkness. If their Hearts are released first, they become the original person they were born from as shown when Ansem was defeated first and then Xemnas: recreating Xehanort. The physical alterations caused by the transformation into a Nobody are also reversed upon the reforming of the Somebody; Lea lost Axel's tear shape marks upon being reformed. The body appears to age while being a Nobody if the individual was young when they lost their heart. Both Lea and Ienzo were returned to their near identical state, but more grown up. The Nobody's memories are also absorbed by the Somebody along with their respected elemental abilities. Both Lea and Isa were able to call on their nobody weapons in battle.

Once the heart is reunited with the body and soul, the reformed being tends to reappear in their original world. With Lea, Ienzo, Dilan, Even and Aeleus reappearing in Radiant Garden after being reformed. The reforming can be quite draining on the individual for, while Lea, Ienzo and Aeleus recovered almost instantly both Evan and Dilan were in a weakened state and needed time to recover.

In Kingdom Hearts 3D: Dream Drop Distance, it is revealed that Nobodies actually can cultivate new hearts and develop emotions, as was the case with Roxas, Axel, and Naminé, but Xemnas and Xigbar deliberately kept the other Organization members in the dark about this as part of Master Xehanort's plans. 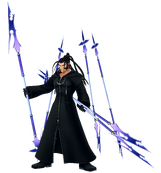 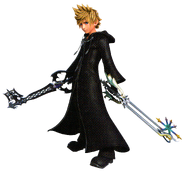 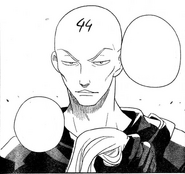 Naminé
Add a photo to this gallery

358/2 Days
Chain of Memories
Kingdom Hearts II
Nobody
Retrieved from "https://kingdomhearts.fandom.com/wiki/Nobody?oldid=787847"
Community content is available under CC-BY-SA unless otherwise noted.