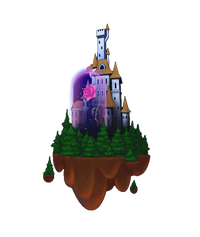 Mission 70 in Kingdom Hearts 358/2 Days sends Roxas and Axel to Beast's Castle to eliminate another group of Deserters.

Roxas and Axel are sent to Beast's Castle to eliminate a group of Deserters.

Grab the Slot Releaser from the chest behind the entrance point in the Ballroom and enter the Entrance Hall. The Deserters are protected by a Barrier Master. Lock on to the Barrier Master and eliminate it first, using Blizzard and Aero magic to dispatch it more quickly. Then begin eliminating Deserters by hitting them with Fire spells.

On the way back to the corridor, an Invisible appears in the Ballroom. It is not mandatory to defeat the Invisible, however. Staying aerial for a good portion of the time helps avoid most of its attacks, such as its rain of purple orbs and its shockwave attack. If the Invisible is hit immediately after performing the shockwave it will be stunned for several moments thereafter, which is great time to hit it with a Limit Break or Fire spells. When it vanishes and its sword begins crisscrossing the room, you can avoid it by using Dodge Rolls.

As time is running, the situation gives its best, column blocking your field of vision as you Lock On. The Barrier Master hovers at a distance, also adding more trouble to your situation. With some Aero in stock, take out a Deserter as the rest will come straight at you, giving you an opportunity to attack. Although the Invisible hovers at a distance, do not provoke it as it will only slow your time. 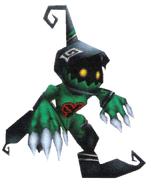 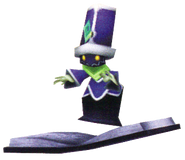