The Land of Departure is one of few special worlds in the Kingdom Hearts universe that is located between the Realm of Light and the Realm of Darkness.[1] The Land of Departure has physical qualities of several major worlds from the Kingdom Hearts series. The Land of Departure is shown in recent artwork to be set high in grassy mountains, surrounded by flowing water. The building itself decreases in width as it reaches the ground, tall spires protruding from the roof. Two lengths of golden chain connect the castle to twin peaks. Similarly to Twilight Town, there is one major building in this world's render; the main building also bears a resemblance to Twilight Town's clock tower. Like the Radiant Garden, this world also has a circular area in the middle of it, with a large building overhead.

Not only is the Land of Departure the place where Keyblade apprentices take their Master Qualification Exam, but it is also where friends Terra, Ventus, and Aqua first make note of the Paopu Fruit's legacy. Knowing they would be split up during a great adventure, Aqua distributes tokens to her fellow Keyblade apprentices, stating that through them they will always be together. However, only Aqua and Terra take their exam here, as Ventus will not be ready.

At some point during the game, the Land of Departure becomes shrouded in darkness, because of this, most of the castle is destroyed. After Ventus loses his heart and falls into a comatose state, Aqua returns to the destroyed castle with Ventus, carrying him on her back. She places Ven in the middle throne and, using Eraqus's Keyblade, activates the device which transforms the Land of Departure into Castle Oblivion.[2] She then leaves Ven in a chamber, known now as the Chamber of Waking, which strongly mirrors a chamber in Hollow Bastion, the Chamber of Repose. 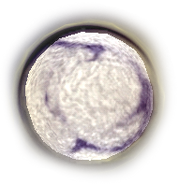 Ball of Light
Add a photo to this gallery

The Keyhole of Land of Departure.
Add a photo to this gallery

Birth by Sleep
Template:Spoilerend
Retrieved from "https://kingdomhearts.fandom.com/wiki/Land_of_Departure?oldid=339689"
Community content is available under CC-BY-SA unless otherwise noted.