View source
watch 02:52
Roblox: DeepWoken - The Loop
Do you like this video?
Play Sound
Article incomplete
This article is incomplete. You can help the Kingdom Hearts Wiki by adding Expand on the "Story" section....

The game is split into two scenarios, each fulfilled by one of the two protagonists: Sora and Riku. Unlike in previous games, however, the scenarios are not played separately, but are instead played concurrently in a linear fashion. This is achieved through the use of the drop system, and acts toward maintaining story continuity between Sora and Riku.

Whenever play as one character is taking place, the Drop Gauge counts down towards the drop time. Once thirty seconds remain, a time counter becomes visible, alerting the player of the impending drop. The drop can be avoided temporarily with the use of items such as the Drop-Me-Not and Drop-Me-Never, both of which restore 50% and 100% of the Drop Gauge respectively. Once a character has dropped, then play switches to the other character. The player can manually force a drop at times during gameplay.

Kingdom Hearts 3D: Dream Drop Distance features both old and new means to act within the game. The Command Deck system originally introduced in Kingdom Hearts Birth by Sleep is reintroduced for the use of active commands. These must be installed and feature a cool-down timer once used. Passive commands, however, must be installed through the Abilities menu, and can be obtained only from Spirit Ability Links. Several new abilities are introduced in this game, including certain Deck Commands, Flowmotion, Reality Shift, and the Link System. Flowmotion is a new gameplay mechanic which provides ease of movement and a new method with which to strike at enemies. Reality Shift is a feature unique to each game world, with uses differing between each. Spirit Linking allows the protagonists to link with their Spirits to combat the enemy.

The game is the major release in the Kingdom Hearts series[1] following Kingdom Hearts Birth by Sleep, and it features both Sora and Riku as playable characters. Both feature new clothing designs which appear similar to their Kingdom Hearts attire. Utilizing the 3DS's high-spec graphics processing, the game has graphics that are on-par with those of the PS2 titles, as well as making use of the system's 3D technology. This would be used in instances such as "falling from high places" and "flying far distances".[2] The development team at the time was said to be currently selecting worlds, and planned to use all-new Disney worlds, in addition to Traverse Town and other original worlds,[3] one of which has been revealed to be based on The Hunchback of Notre Dame (although the world itself had already been featured in the non-canonical The Sceptre and the Kingdom).

On June 22, 2012, another playable and free demo was made available on the 3DS's Nintendo eShop.

Kingdom Hearts 3D: Dream Drop Distance was well-received by fans of the game, more so in Japan than in other regions. It sold 250,000 units in Japan and 180,000 units in the United States of America immediately after its release. The game has won numerous awards, including "Best 3DS RPG" in RPG Land's Tokyo Game Show Awards and the "Most Valuable Game" award from the Nintendo Power magazine.[10][11] Additionally, the game received ratings from many different magazines and game reviewers, with ratings generally lying between 7/10 and 8/10.[12] Famitsu also rated the game as 38/40 and ranked it on the "most wanted" list of October 2011.[13]

Criticisms of the game mainly focused on the plot, often labelling it as being too complex and difficult to follow easily. However, reviewers also praised the high quality of gameplay, boss fights, and relation of the plot to previous Kingdom Hearts games. 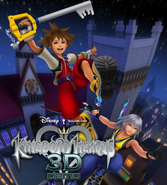 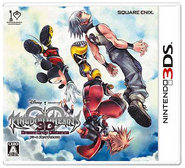 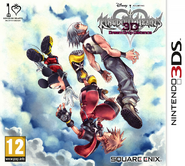 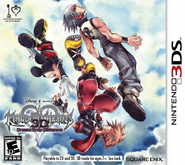