Template:Game Template:Infobox CVG Template:Q Kingdom Hearts 358/2 Days (read "Kingdom Hearts Three-Five-Eight Days over Two") is an RPG developed by Square Enix for the Nintendo DS, with aid from h.a.n.d. It focuses on the life of Roxas between the end of Kingdom Hearts and the beginning of Kingdom Hearts II, exploring the time from Roxas's creation until his confrontation with Riku that leads to his placement in the simulated Twilight Town.

The final scene, "Day 359: The First Day", shows Roxas in the virtual town thinking how everything seemed like a dream and wondering about his destiny while running and arriving at the Usual Spot, wondering if he, Hayner, Pence, and Olette will finally go to the beach. 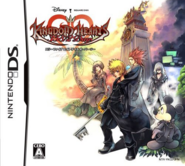 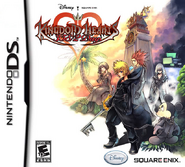 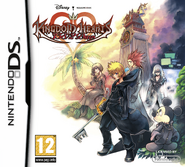