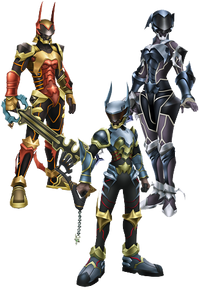 Aqua's armor as it appears when not in use