Formchange is a gameplay mechanic introduced in Kingdom Hearts III, though it has appeared outside of player use as early as Kingdom Hearts II Final Mix. Formchange gives Sora special abilities and changes the form of his Keyblade into various other weapons. Formchanges are activated via Situation Command after accomplishing adequate damage with a Keyblade. will also have the ability to Formchange a second time. Each Formchange also recolors Sora's outfit.

Each Formchange has a special Shotlock with each unique attack being activated and effectively replacing Sora's current equipped Shotlock for that specific Keyblade if the lock-on count is at MAX when it is unleashed. The MAX Shotlock of each form utilizes the highest level of Sora's Keyblade transformation, if there is one, whether or not the transformation is currently active when it is used. 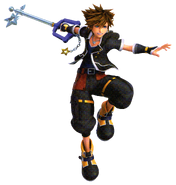 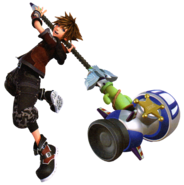 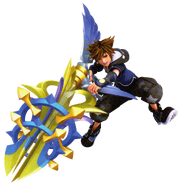 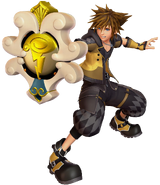 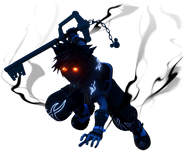