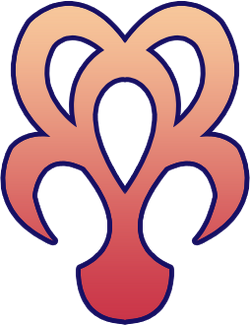 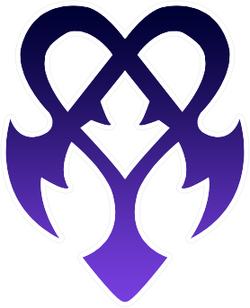 Dream Eaters once again appear in Kingdom Hearts Dream Drop Distance HD. Three new additions to the original cast are available in the Spirit form. These can be created through Spirit synthesis.

Following the defeat of Ansem, Seeker of Darkness, at Sora's hands, a portion of the worlds attacked by the Heartless remain submerged in sleep. Yen Sid explains that though this means the Heartless cannot reach them, they are instead plagued by Dream Eaters, entities produced by the darkness present in these specific worlds and that seek the worlds' Keyholes. There are two kinds of Dream Eaters, benevolent Spirits and malevolent Nightmares, constantly in conflict with each other.

As part of their Mark of Mastery exam, Sora and Riku journey into the Sleeping Worlds to awaken them, recruiting Spirits to help them in their quest and battling and destroying Nightmares.

Shortly after Sora first meets Neku, the two of them are surrounded by Dream Eaters. Neku summons his own Dream Eater, a Necho Cat, and after the battle, he convinces Sora to partner with the Dream Eaters himself. Joshua suggests the same to Riku after they meet.

Beat summons a Kooma Panda in an attempt to fight Joshua, but it attacks Riku instead.

When Sora and Riku return to Traverse Town, they find that their companions have abandoned using Dream Eaters, and have instead simply banded together with their partners. They also find out that a powerful Nightmare, the Spellican, has been wreaking havoc on the city, and that the participants in the Reaper's Game are tasked with eliminating it. Sora and Riku manage to corner the Nightmare, but it summons several other powerful Nightmares as a diversion, allowing it to escape.

Eventually, Mickey's actions in Symphony of Sorcery accidentally summon the Spellican, who takes control of Mickey and forces him to continually conduct music, causing chaos. However, Sora, with Riku's help, manages to reach the Spellican and defeat him.

Riku eventually makes his way to The World that Never Was, and finds himself face to face with Ansem, who reveals that Riku has been within Sora's own dreams from the beginning as a Dream Eater, in order to protect Sora from the machinations of the new Organization XIII. However, the Organization had already managed to force Sora into a deep sleep.

After defeating Ansem and escaping to the real World that Never Was, Riku finds himself at a dead end, unable to reach the Castle that Never Was, where Sora is trapped. He soon notices Sora's Meow Wow at the entrance to the castle, however, and uses the power of his own Komory Bat to forge a link between the Spirits and ride a Dreamline to the castle.

After Sora revives, and Riku is named Keyblade Master, Sora decides to visit the sleeping Traverse Town again, and he is reunited with all of his Spirit friends.

Dream Eaters are the main species to be found in the Realm of Sleep that Sora and Riku are placed into for their Mark of Mastery Exam. Contrary to previous games, where the forms have appeared solely as enemies, Dream Eaters come in both 'good' and 'bad' types. The player is able to create Spirit Dream Eaters to do his bidding, though only three may appear in the party at one time, and only two may be active at one time. There are fifty-one varieties of Spirits that can be created by the player and forty-five varieties of common Nightmare Dream Eaters, which spawn in set places throughout the Dream worlds, though there are larger Nightmare Dream Eaters that appear in the form of bosses. Dream Eaters can also be found in dive mode, though this is usually in the form of a large Nightmare and a set amount of lesser Nightmares.

As the name suggests, the main aim of the Nightmare Dream Eaters is to send Sora, Riku and the other protagonists into an abyssal Nightmare. As such, they are set on the goal of assaulting any who would dare to venture close to them. Other than this though, they seem to have no obvious, obtainable goal. Even the Anti Black Coat seems to uphold this goal, though it does not appear very much like any other Dream Eater, but rather assumes a more human-like form. The goal of Spirits, on the other hand is to guide and protect the protagonists from Nightmares as they venture on their journey. This is shown by their loyalty to the one that has created them. It is not often that a Spirit will stray from their master's side.

Also to be noted is the fact that the Nightmares gain strength as the protagonists progress through the Dream Worlds. The differing levels in attack strength from Traverse Town to The World That Never Was are rather large, though the reason for this difference is unknown.

Spirits are the more friendly version of the Dream Eater species. They are generally light-colored and usually have black and yellow eyes with pupils of differing shapes, varying for each different Dream Eater. The only possible exception to this rule would be the Lord Kyroo Dream Eater, that appears to be light-colored both as a Spirit and as a Nightmare. All Spirits seem to be animal-based, and often appear similar to certain types of Heartless. In terms of the rest of their outward appearance, Spirits are generally rather colorful, displaying many different colors, though a patch of yellow seems to be the only recurring theme for each type. Additionally, the colors of your party's Spirits can be customized. [1]

Nightmares are usually darker in coloration, similar to a Heartless's palette, but their glowing eyes are red and get darker towards the center. Like their Spirit counterparts, Nightmares often come in a range of different colors, with purple appearing to be the dominant theme. In its Nightmare form, it seems that Lord Kyroo does indeed have a small patch of purple.

The Dream Eaters in the player's party are able to level up. While three Dream Eaters are allowed to be in the party at one time, only two are allowed to be in combat at the same time. During battles, Sora and Riku can use their respective Dream Eaters separately, or together to provide them with unique abilities, giving them increased attack damage and often speed also. Each Spirit allows a different power-up, and using two Spirits collaboratively will give a combined result, often more powerful than using either Spirit's abilities separately. These power-ups last for a certain period of time, upon which the Spirits return to their normal form. Once the gauge on each Spirit refills, the player is once again able to utilize their abilities.

If Sora/Riku don't use the power of the Dream Eaters, they cannnot go to the other worlds. Meow Wow is Sora's first Spirit, Komory Bat is Riku's, and Necho Cat appears to be the spirit that Neku Sakuraba gets. The player is also able to change the colors of the Dream Eaters using Paint Guns.

Sora and Riku are both able to make Dream Eaters with the Dream Pieces they obtain on their adventure. Sacrificing more than the required amount will further assist Sora/Riku in powering the Dream Eater up.