The Dandelions (ダンデライオン, Danderaion?) are a group of Keyblade wielders representing each of the five Unions. They were chosen because of their aversion to darkness.

The Dandelions were formed by Ava. She personally chose and selected individuals for the purpose of preserving the light that would face extinction during the coming Keyblade War. They were selected because Ava knew they would not give in to darkness, hatred, or sadness. The Dandelions would be taken from the world before the war, never able to return as the Keyblade War was foreseen to end that world and destroy any light left behind.

Ava knew she would have to face the end of the world, so she asks Ephemer to lead the Dandelions. Skuld and Player are asked to join. Skuld accepts, but Player is more reluctant.

The Master of Masters, whom Ava was an apprentice to, chose five individuals from the Dandelions to replace the Foretellers in the new world and represent the five Unions. Once the Dandelions were taken to the new world, only these five would retain the knowledge of the old world and the Keyblade War. It would be Ava's task to gather them together. Of the five, only one would be allowed to have a copy the Master's Book of Prophecies.

The individuals chosen were Ephemer, Skuld, Ventus, Lauriam, and Strelitzia. Each one was only aware of themselves having been chosen, but they were to all meet at the Keyblade Graveyard. The first four gathered together over a short period of time and soon the fifth arrived. Lauriam stated he was late because of something he had to take care of. Meanwhile, Strelitzia had been eliminated by an 'unknown individual' who also had taken her Rule Book. Thus Union χ was established. 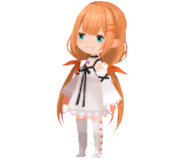 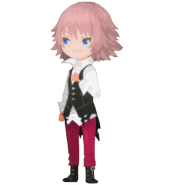